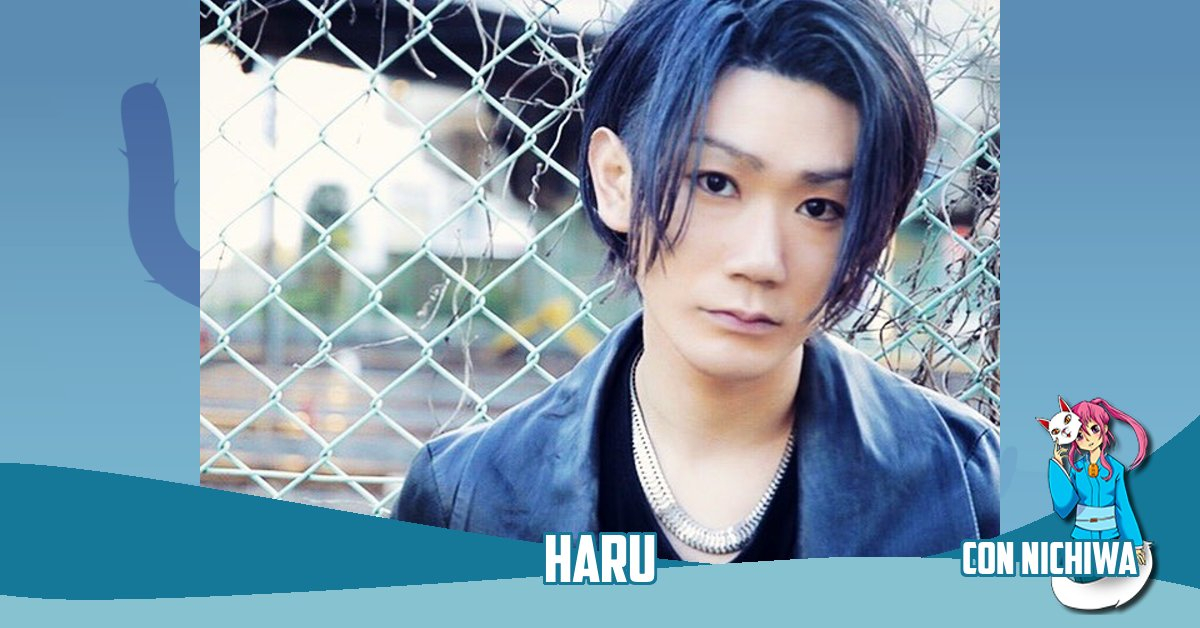 As the vocalist for universe, haru's overwhelming singing voice dazzled the crowd at the Lotte x Sony Music's "Uta no Aru Gum Project" competition, beating out five thousand other people to win the grand prize. The single "Haruiro" (the song in the commercial for Lotte Ghana milk chocolate) was their major debut. Their second single "echoes" was used as the theme song for the Tokyo television anime "BLEACH". haru was the first Japanese artist to ever release an official cover of U2's "Vertigo", and he has also garnered attention as the singer for the song used for MONSTER SUMMER!! Zettai Hansha Shugihen (Monster Strike (Monster) TV commercial).

He has been expanding his overseas performances by appearing two years in a row at Anime Weekend Atlanta (2015, 2016), as well as giving a show in front of 3,000 people at Berlin's AniMaCo. He also toured Europe in 2019 as part of a unit known as GOOD THRU DATE with guitarist Tetsuri and vocalist Ren.

As a soloist, haru embarked on his first European tour in the summer of 2017, performing a total of six shows in four countries, including Germany, France, Netherlands, and Belgium. In 2018, he returned to Europe twice more. The first time on tour visiting France, Belgium, and Italy where he attended Comicon and again in June 2018 to attend Magnificon in Poland. He also participated in Pacific Media Expo in Los Angeles and NekoCon in Virginia, and added another Los Angeles show to his resume with Anime California in 2019. He's very excited to continue performing on the west coast with his first show in Arizona.